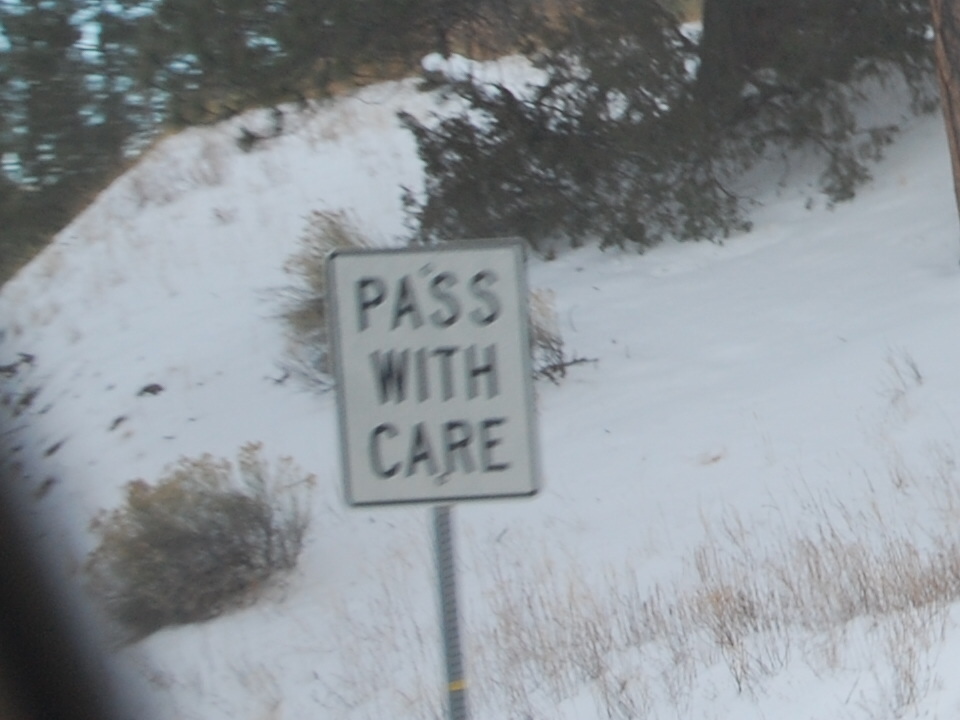 It’s hard to describe the feeling of elation that we all had as we drove away from Roswell in a brand new 2010 Toyota Camry on loan from the dealership. Not that Roswell was such a horrible place, but let’s face it, it is a town that is primarily known for the fact that some of its residents insisted that they had been visited by little green men. That is not exactly an indicator of high culture or sophistication, then again we were passing through there on our way to see grown men run up and down a patch of grass while trying to tackle each other. We can leave it at that, my intention is not to offend any little green men who may be reading or Roswell residents who lament that their town isn’t known for being the home of Robert Goddard the father of modern rocketry. I was however thrilled to be moving on. We headed west down highway 70 towards Ruidoso Downs while dodging tumbleweeds to pass the time.

As happy as we were to be on our way, there was no getting around the fact that it was 11:00 AM on New Years eve and we had a non refundable hotel reservation in Surprise, Az which was 10 hours away. There would be no more stopping by the side of the road to read about Texas Rangers slaughtering 1450 horses so that the retreating native Americans that they had just defeated would have to walk instead of ride. We were now in a big ole hurry, even lunch that day consisted of sandwiches eaten on paper plates in the car. That didn’t mean that we couldn’t look out the window of the car though, and trust me there was plenty to see. We drove right next to the Ruidoso Downs Race Track and Casino. We drove through the mountains down highway 70 until finally we reached Alamogordo, NM, a town it took me forever to pronounce for some reason. Next up was the hour and a half trek through the desert right past the White Sands National Monument all the way to Las Cruces, NM where we intersected I-10.

Interstate 10 was opened for business from Sanderson, FL to Jacksonville, FL in 1961. The Atlantic and Pacific highways in California were assigned the number I-10 in August of 1957. The last portion of the interstate to be completed was in Phoenix, Arizona in 1990, exactly where we were headed. We exited on to I-10 in Las Cruces, NM even though it was not our first choice. When dad originally mapped out our route in early December, he intended that we would travel from Roswell to Socorro down 380 with a short trip north up I-25 to finally travel the mountainous highway 60 all the way to the Phoenix area. That plan was killed by winter storms that shut down highway 60 in several places. We had intended to take the quick route home by taking I-40 all the way to Oklahoma. Of course that plan was thwarted when the Toyota Matrix broke down in Roswell. I-10 turned out to be just fine, that is until we drove through Tucson, AZ.

All this time, whenever I would offer to drive or suggest that maybe dad could be getting sleeping or something, I would get the same response. “Nah, it’s fine. I love driving.” Which when translated into English means, “No way am I giving up control of this vehicle”. It somehow reminded me of other things such as tv remote controls and computer keyboards and mice. Up until that point all of our travels had been during daylight but it was now about 6pm and it was starting to get dark.

I’m not sure what it is about night time but it always seems to bring out the worst in some people. It’s like they think that since it’s dark they are less likely to be identified later.  There was this one guy in particular that was right behind us and its obvious that he is upset and is trying to get in front of us to do something nasty. He is bright lighting and riding our butt and every opportunity he gets he tries to get around us. I’m sure the other cars around us were also wondering what was going on as this guy is actually turning his lights on and off over and over again. Well I can tell that dad isn’t taking this too well, he doesn’t exactly have patience for let’s call them “Impolite” drivers. I can see that vein in his head getting bigger so I made sure to remind him of our back seat passengers. All in all dad took it pretty well, at one point he did let the guy go by and as expected he got in front of us and slowed down real slow. As we passed by each other he poked his ugly mug out the window and screamed something none of us understood but no doubt it was nasty. Finally the jerk exits and Linda noticeably breaths a little easier. I’m not sure what she thought was going to happen but I assured her that the guy in the truck was very lucky that we had a nine year old tagging along. A few minutes later we exited the interstate for gasoline and drinks and once off the road it became obvious that our headlights had been off that entire time.

It wasn’t until 8:30 PM that we finally got checked in to our hotel room in Surprise, AZ. Linda and I tried to go out to eat or do something, anything to celebrate New Years but it was all in vain. We were both exhausted. We finally hung it up and came back to the hotel room and did our best to stay awake until midnight. Had it not been for Drew nudging me every few minutes I would not have made it. By 12:01 AM, we were all sawing logs except for possibly Drew.

Next I’ll talk about the reason we took on this quest in the first place, the Fiesta Bowl. BOOMER SOONER !!!