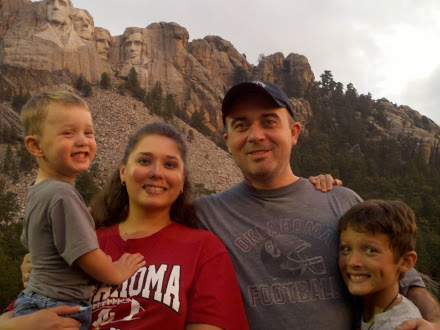 After spending a few days in Yellowstone, it was time to head home. We decided to take a different route back in order to see more of the American west. We exited Yellowstone via the east entrance and took highway 16 to Cody, Wy. We continued on highway 16 with a little trepidation through the Bighorn mountains. We had read reports of sharp curves and steep roads that might tax the breaks. Losing your breaks on a 10% decline is the last thing you want in a 35 foot RV. However, after surviving dirt roads at the top of the Grand Tetons we felt we could handle anything and it turned out to be a non issue. At Greybull we took highway 14 over to I90 and entered Sheridan, Wy the home of the world famous Peter D’s RV Park.

Before reaching Sheridan, we browsed around the internet looking for a good place to spend the night. Peter D’s was highly recommend by all visitors. We couldn’t find a bad review of the place. Sure enough the RV park was ideal. It was easy to access, quiet and extremely clean. It was almost too clean, at least once an employee waited for me to finish using the restroom so that he could clean it. Peter D himself was a very friendly old man that seemed to exist solely to help his customers. This park became the model that we would compare all other locations with.

We spent the next day making our way to the Black hills of South Dakota. We made a brief stop in Deadwood where we had buffalo burgers for lunch. We also managed to spend a few minutes at the Mt Moriah cemetary where Wild Bill Hickock and Calamity Jane are buried. Deadwood is a neat place with a lot of history. Had we decided to stay longer, we could have seen more cowboy shootouts and several museums depicting life in the wild west. That being said, our goal was Mount Rushmore and with a little luck we could be there before nightfall. We pulled into the Rafter J-Bar ranch with plenty of time to park, grab a bite to eat and unload the Serento.

Mount Rushmore is the mountain near Keystone, South Dakota where Gutzon Borglum sculpted the larger than life faces of four U.S. Presidents, George Washington, Thomas Jefferson, Theodore Roosevelt and Abraham Lincoln. Every night a patriotic presentation is made honoring America. At the beginning night has not yet fallen and the presidents faces are visible in the background of an outdoor amphitheater. The presentation consists of raising the flag, a speech from a presenter along with several videos that are projected onto a screen on the main platform. The night grows darker as the show goes on. By the end the presidents faces are no longer visible in the dark of night. At the culmination of the performance, huge flood lights are powered on illuminating Mount Rushmore in glorious fashion. It was quite amazing. As the entire crowd was speechless in appreciation, Ethan broke the silence and yelled “OOOH SCARY”. Everyone in the crowd laughed as Linda and I blushed.

We left early the next morning. For the first time during our entire trip, we didn’t have any reservations or anything in particular planned other than driving. From Mount Rushmore to my sisters house in Wichita, Ks was about a 12 hour drive. After some convincing dad and I talked our wives into letting us just drive it straight through. This would not only break, but shatter our rule of not spending more than 6 to 8 hours on the road in one day. They ultimately agreed because everyone was ready to be home and Stephanie was really missing her oldest child. We drove all day and despite stopping pretty frequently to stretch our legs we were well on our way to making our destination in closer to 10 hours than 12. Or at least that is what we thought.

All the arrangements were complete. We had found an RV park in Wichita. Stephanie was going to meet us there and pick up Dylan. It was just a matter of time before we would be asleep and then making our way back to Oklahoma. We were probably 30 minutes north of Wichita when I heard a loud BANG and the RV started fishtailing back and forth. Dad’s eyes bulged nearly out of their sockets. He grabbed the wheel with both hands and fought the inevitable flip that I was convinced was next.  He managed to wrangle the vehicle to a stop on the side of the highway. We had blown a single rear tire, it was the inside one on the right. Other than my near fatal heart attack, there were no injuries. Both boys were wide eyed but neither panicked. I don’t think Ethan even woke up and Linda and mom were more concerned about the kids than anything else. Thankfully it ended up being just one more memorable event in a vacation of many, even if this one wasn’t as welcome.

So much for our early arrival in Wichita. An inspection of the damage resulted in finding a very flat tire along with severed cables and a damaged mud flap. We of course had a spare tire but after careful consideration, we decided to take the recommendation of the owners manual. We called a professionals to actually change out the tire. It took about an hour for him to find us but he was a real nice guy and handled the work like a pro. By the end of another hour we were finally ready to leave. Despite the late hour, Stephanie still came to get Dylan but we promised to drop by the next morning before we left. Finally after a very long day, it was time to get some sleep.

Or at least that is what we had hoped. We quickly found out that the air conditioner was no longer functional at all! While the RV was twisting and turning on the road apparently the mud flap had been caught up over the tire and it completely destroyed some wiring that was secured at the top of the wheel base. I won’t even mention what I think of the person who made that design decision. These wires turned out to be power to the air conditioner. So after a very long day spent almost entirely on the road and a heart stopping flat tire, we capped off the night by drowning in sweat and praying for some way to fall  asleep. We did finally sleep and I for one slept well once I finally managed to keep my eyes closed.

The next morning we woke up early and all of us were eager to get home. We hugged and kissed the three girls at a short stopover at Stephanie’s house before we began the 3 hour journey back to Anadarko. Linda and I were definitely ready to continue the rest of the way back to Fort Worth. As far as vacations go, this one could definitely be classified as epic. Many people have many different ideas on what the ideal vacation should be. Some people want to experience places that they ordinarily would not see. Others just need a break from the monotony of their lives. Some want to let their hair down and have a good time.

To me, a vacation is a microcosm of life that acts as a sort of testing ground. You begin a journey with a group you care about. Despite how carefully you might plan your adventure, it never turns out how you expect. A good portion of the journey is spent attempting to overcome hurdles while still achieving your goals. If you complete your journey with your group intact and a smile on your face, you are a success. I must say that our vacation to Yellowstone National park was a huge success.