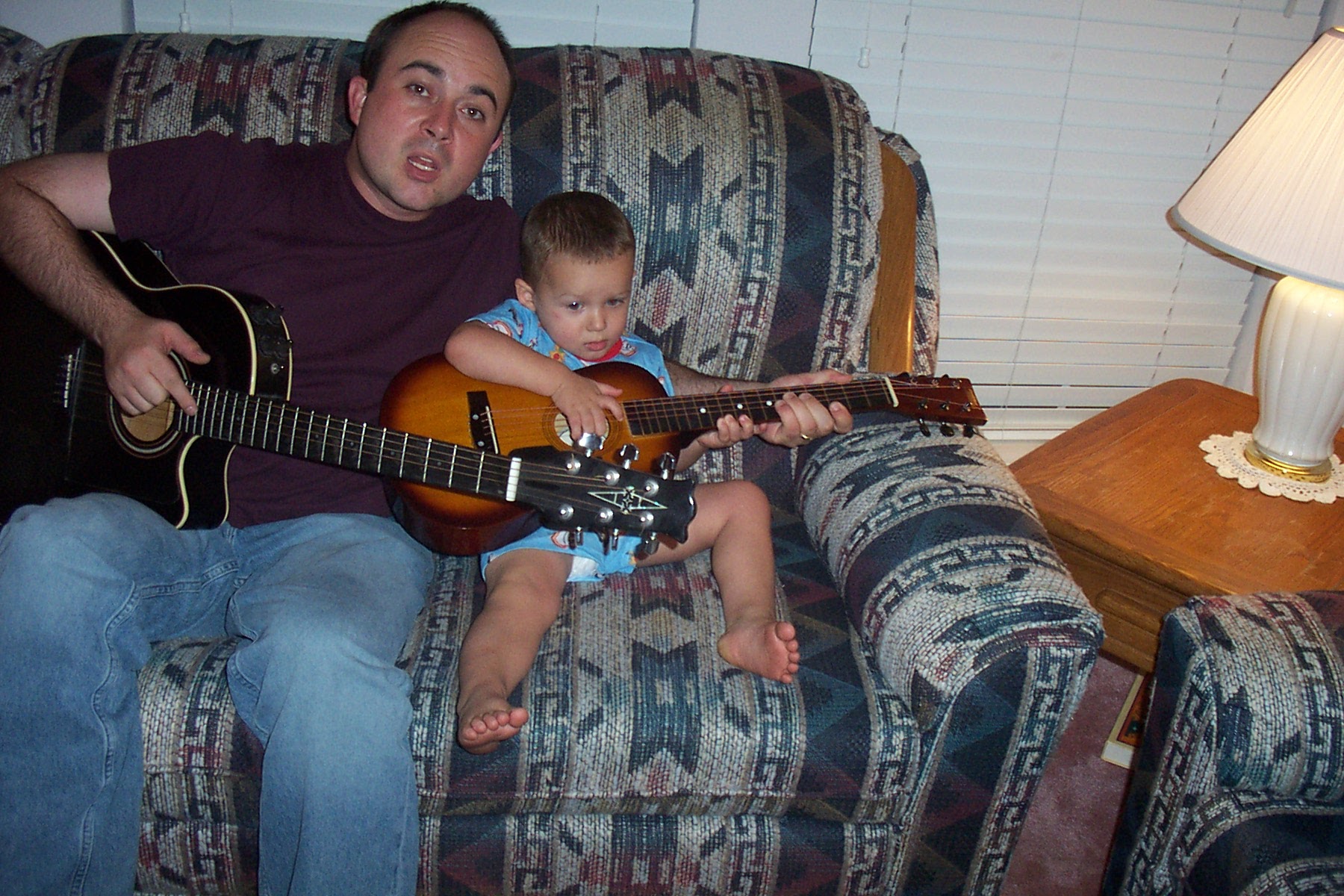 I’m facing another one of those age milestones in a couple of weeks. I turn 39 next month. This will be the last year of my 30’s. The average lifespan of a male in the United States is about 75 years, but that increases a little bit nearly every year. So I am probably somewhere around halfway finished. I’m still young, relatively speaking. I’ve already experienced so much that I can’t remember it all. That is kind of exciting if I think about it. There is so much I can still do, and maybe I’ll forget about some of the dumb shit I’ve already done.

I’ve never been one to worry about age or getting old. I can’t say that I am too concerned about this birthday coming up either. But I’m starting to question the wisdom in that. Maybe I should worry some. There are plenty of things that I didn’t consider at all when I was younger that could have led to a more pleasant life now. It’s not a stretch to imagine that an older me might appreciate a little caution especially when it comes to my health. It seems that life’s lessons are almost always learned through retrospect measured on some kind of sliding scale. The more positive my reaction to something, the more confidence I gain in its “rightness”, vice versa.

Of course it is a little more complicated than that. The feedback loop from experiment to result is not at all instantaneous. The results kind of creep up on you. It is easy to confuse instant gratification with a positive reaction. But there truly is such thing as too much of a good thing. It’s amazing how often self indulgence leads to heartache and pain. For example, overeating. I was amazed to learn that 72% of men in the U.S. over 20 years of age are overweight. Somewhere around 35% of all Americans are obese. There are all sorts of health issues associated with obesity.  I’m right there with them. I weigh about 20 pounds more than I should and losing 30 pounds wouldn’t hurt a bit. There are plenty of other examples of self indulgence leading to sorrow such as drug abuse but you understand.

I think that there is a certain point in everyone’s life where they are forced to consider the fact that they will someday die. The topic of their mortality becomes serious business and no longer makes their eyes glaze over. There is a sense of urgency to either correct a mistake, shore up their legacy or achieve some neglected aspiration. I associate it with your classic mid life crisis. Even the words mid life crisis are embarrassing. I instantly conjure up images of a sleazy balding man wearing shades while posing next to a Corvette or a Harley with a fake breasted bimbo in a bikini by his side. Who am I to judge, maybe that is just what the doctor ordered for some people. But please put me out of my misery if I ever become that guy.

All that said, recognizing that your life is not all that you intended is not a bad thing, especially when it comes to your health. When we are young we feel invincible. So many of us abuse our bodies by eating too much, smoking, drinking alcohol to excess, or even drug abuse. I have been guilty of them all at one point or another, except drug abuse, unless you count cigarettes. Tack on working from dusk to dawn staring at a computer screen 16 hours a day for several years and it leads to potential ruin. Most of the time we are aware of our sins but feel like we have plenty of time to right the wrongs.

Who knows what the long term effects of all of this abuse might be. I spent years abusing my body and still do to a lesser extent. I smoked Camels like a freight train for 15 years. I ate to excess with no concern for what I was stuffing in my face other than how it tasted. I washed it all down with either Mountain Dew or Miller Genuine Draft. I don’t think I drank a cup of water for years on end. It wasn’t until my late thirties that I finally came to my senses. Was it too late? How much irreparable damage have I done to myself? I find that lately I am much more aware of the ailments of older people. It is finally hitting home that the aches and pains that “old people” mutter about are someday going to be my aches and pains. It has not escaped my attention that some people suffer more than others in old age. I have many relatives that have serious ailments that are more than likely the result of hard living such as smoking, drinking, lack of sleep from late nights or over work.

The other day while at the gym, there was an old man that had accidentally shit all over himself in the locker room. He was mortified with shame and frustration. I felt so bad for him. I couldn’t help but wonder if that would someday be me standing there with feces running down my leg as some young kid looked on with useless pitying eyes. An evil place in my mind wants to put all the blame on the old man. Surely he waited too long to drag himself to a gym. Surely there were all sorts of glaring signs that he ignored on his way to McDonalds for a double or triple cheeseburger. Surely nothing like that could ever happen to me. Then I remember how many triple cheeseburgers I have consumed in my life and how winded I get walking up stairs. But even scarier, maybe that is just a fact of life at a certain age.

I can only have faith that it isn’t too late. Maybe if I concentrate on my health from now on, I can be one of those old men that doesn’t spend his last days confused and in pain while sitting in a rocker at some rest home. Life is meant to be experienced. It was not meant to be tolerated or suffered through. There are so many things that I wish I had figured out earlier. I have spent too much time working, too much time on my ass in front of a computer, too much of my life cultivating the wrong kinds of relationships. I’ve sought out people who were compatible to my goals. It might not have been as bad if those goals weren’t centered entirely on making money. In retrospect, I wish I had shaped my goals so that I could spend more time with the people I loved.

I guess it takes this realization that we’re closer to the day we’re going to die than the day we were born for most of us. But if it takes a mid life crisis to jar us out of our self abusive lifestyles than I am all for them.  I think I’ll leave the Corvettes and bimbos to someone else but otherwise sign me up. In fact, I wish there was a way to bring them on sooner. Life isn’t nearly over at forty. With a little luck, there is still plenty of time to make all sorts of new mistakes that we won’t mind forgetting at eighty. That is if we are healthy enough to pull ourselves out of the rocker long enough to make them.