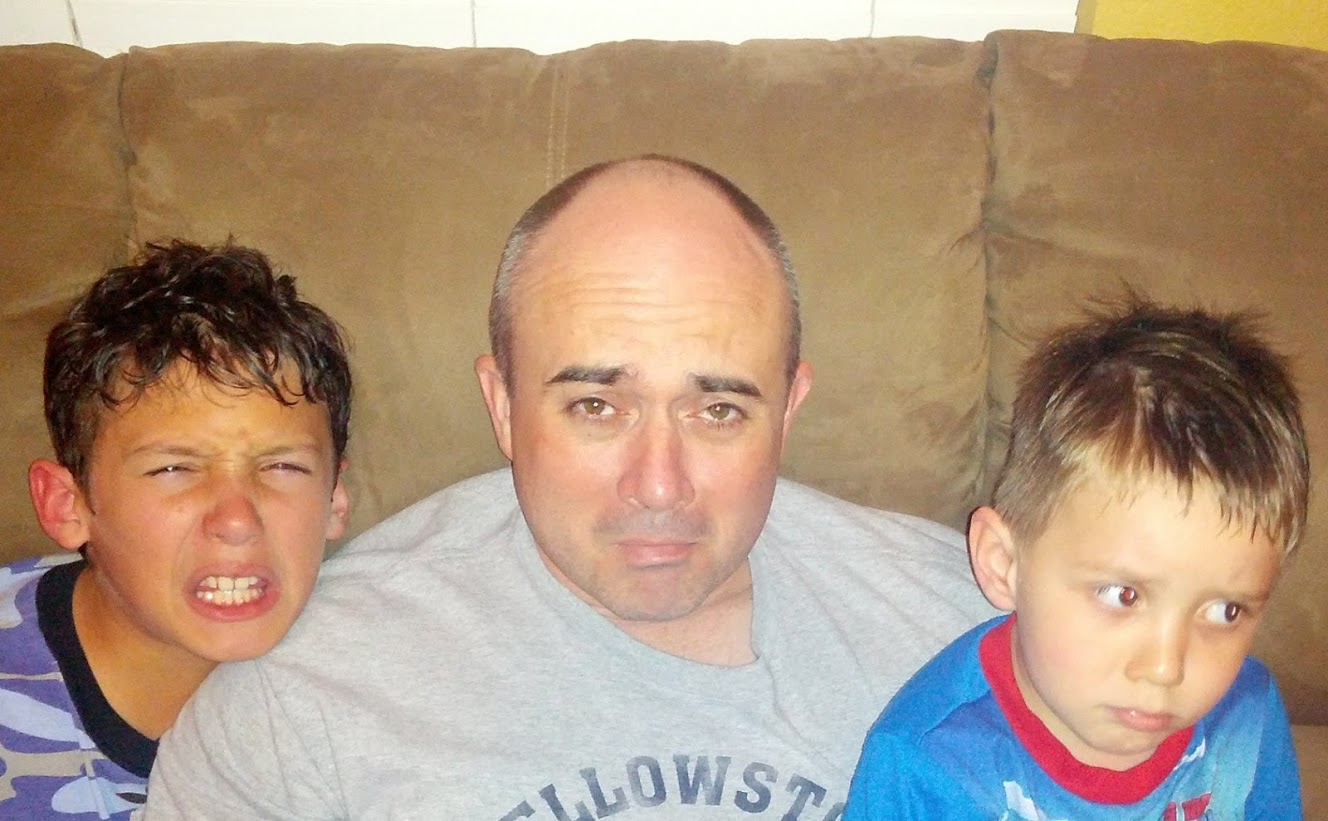 Is there anything worse than a whining, sniffling, belly aching kid? I think not. Sometimes, It seems like it’s all my kids do. We hear such long suffering complaints as “Vegetables are gross, WAH”, or “I don’t want to do my chores, WAH, WAH”. And my personal favorite, “Why me?, WAH, WAH, WAH”. It seems to go on and on forever. It’s enough to drive a person crazy. It’s no consolation but my kids are not alone. From what I’ve seen, incessant whining is a skill in which nearly every child excels.

Where and how do kids learn this constant complaining? Do they attend secret bitch and moan classes behind our backs? Obviously they get it somewhere. As Linda and I were discussing this very topic the other night it hit me like a ton of bricks. They learned it from me! The truth was so obvious. I was dumbstruck. Unbelievably, this had never occurred to me before. They are indeed learning in secret bitch and moan sessions and I am the maestro.

Now that I was aware of the problem, I paid much closer attention to the amount of complaining coming from the adults of the house. It actually exceeded the volume of complaints coming from the kids. It was typically unconscious responses to frustrating situations. “The traffic on the way to work sucks, WAH”. “The house is a mess, WAH, WAH”. “Our children whine too much, WAH, WAH, WAH”. So Linda and I began pointing out when the other was complaining. If the boys were learning it from us, they should unlearn it from us as well.

The whine police worked well for about ten minutes. And then It seemed like I was being chastised for every other word I said. Are not some complaints necessary? How are we to ever solve problems if they are never identified? Obviously some rules were in order. To begin with we needed definitions. What is complaining? When does it cross over into whining territory? When is it ok to point out undesirable situations or events? First off, the only difference between whining and complaining was who did it. Children whine, adults complain. In fact we spend an inordinate amount of time complaining about them whining. Since they are learning it from us, we are actually making it worse when we point it out.

How should we define the word complain? The dictionary definition is: To express dissatisfaction or annoyance about a state of affairs or an event. A problem is defined as: A matter or situation regarded as unwelcome or harmful and needing to be dealt with and overcome. How can one point out an annoyance or unwelcome situation without expressing dissatisfaction? Do we just ignore problems and hope they go away? Of course not. The answer lies in the back half of the definition of problem. A problem needs to be dealt with or overcome.

There are acceptable and unacceptable forms of complaining. If the intention of a complaint is to deal with or overcome a problem, then it is acceptable. Merely pointing out that a problem exists is not enough. You should always offer a solution along with the complaint. The offered solution should either be an action for the person who is hearing the complaint or a token solution designed to elicit help. Sometimes problems are not within our power to solve. This is especially true for children. Instead of whining that he doesn’t want to go to bed so early, Drew could suggest reading for another thirty minutes. Also there is no good reason to talk about a problem that you can solve without assistance.

There are times when the person with the problem is not aware of any acceptable solution. In this case the only way for the problem to be solved is to ask for help. However, this is very difficult to accomplish. Describing the problem in your attempt to ask for help is indistinguishable from unacceptable complaining.  When the complainer is not receptive to possible solutions then it is unsanctioned complaining. Think about all the times people have come to you in the guise of requesting help but then proceed to shoot down every solution you offer. This is merely clandestine whining.

This is why the best course of action is to offer a solution even if it is only a token one. It is actually quite difficult to even identify a problem without having some sort of idea of how things should be. If you know how things should be then its not that hard to come up with at least one thing to do which will move you in that direction. For example, if I am unhappy with the traffic during my morning commute there are several things I can try. I could take a different route. I can ask my boss to let me work from home. Or I can ask to work an earlier shift to avoid the traffic. I could take the bus. Depending on my situation some are possible and some aren’t. What I can be sure won’t work is complaining. I can only imagine how my boss would react if I merely pointed out over and over again that traffic sucked. Most likely the response would be “join the crowd, it is not pleasant for anyone”.

The other trap that is easy to fall into is tricking yourself into believing that your problem is insurmountable. This is especially frustrating when there is an obvious person to blame. There is almost always some kind of solution. The boss won’t listen to you? Well then quit. Find a different job. If you can not or are unwilling to try every solution that is offered than just keep your mouth shut. Do not shoot down each suggestion that is offered to you like some kind of skeet shooting exercise. There is no need to prove that your situation is impossible. This will only ensure that future problems will have one less ear willing to listen.

So with all of this in mind. I have come up with a few rules that I plan to implement.

I guess in a way, everything I have written today is one big long winded complaint. Hopefully I have followed my own rules. I am very interested in hearing your critique of the solution I propose. Hopefully as a result, I will be a better example for my children. Hopefully the constant whining and crying will end. Because the truth is that the only thing worse than a whining, sniffling, belly aching kid is a complaining adult.