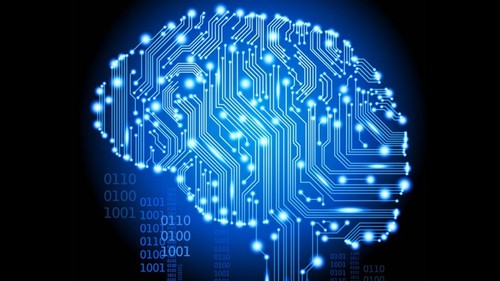 TLDR; Don’t automate your life. Technology has evolved to the point to where it is almost possible to do just that.  We rely on computers to think for us too much. It is causing our minds to atrophy. Spend your time learning and contributing to the world instead of constantly entertaining yourself.

When I was a teenager, I could remember a telephone number like my wife now remembers my every mistake. It was uncanny. There were probably a dozen numbers that I just knew off the top of my head. Today, I probably couldn’t tell you my own phone number much less anyone else’s. Yes, I know. I’m getting older but I don’t think my age is the culprit. I’ve delegated the job of remembering phone numbers to my phone. Just click on a face and voila!, their phone rings, or more likely, their profile pops up and I can text message them.

It seem that more and more we are giving the job of remembering things over to our phones and computers. And why not, a computer is much better at managing information than we are. Computers are better than us at lots of things now and the list is growing everyday.  I have a hard time thinking of anything that we don’t use computers to help with at least a little. For the most part, I think that it is a good thing.

The Evolution of Technology

The entire history of mankind has been a series of ideas that have literally changed the world. We use our minds to create technology that makes our lives easier. The very concept of thought is itself a man made technology. It is what sets us apart from the other animals. It is what makes us human. I believe that the evolution of humanity and the evolution of technology are one and the same. It would be virtually impossible to describe the human condition without discussing technology.

But how far should we take it? How much is too much? Are we too dependant on technology? I can remember a time before cell phones and personal computers. My father remembers there being no indoor plumbing. My grandparents grew up without electricity. Every generation has a few more luxuries than the one before. Each generation would have a difficult time surviving with the resources their grandparents lived with. The quality of life seems to be increasing for everyone despite what the newspapers and websites sell. But at what cost?

The more functions we hand over to a computer, the less necessary we ourselves become. Have you ever seen someone who had one of their arms or legs immobilized for an extended period of time? Have you seen what it does to the damaged appendage? The unused muscles atrophy and become weak. It takes a lot of physical therapy for it to get back in shape. The same happens to a mind when you stop using it.

How your brain works

I won’t try to accurately explain how the brain works, because frankly I can’t. But generally speaking, the human brain consists of trillions of synapses which are like tiny contact points. As we experience life or learn new things neurons are fired that make connections between these synapses. This is basically the mechanism the brain uses to remember information. It is the physical manifestation of intelligence. The more connections the more intelligence.

Using a process called neuroplasticity, the brain reorganizes itself to find the quickest path to the information that is accessed the most. It works on a use it or lose it basis.  If, for example, you spend a lot of time watching episodes of the Walking Dead than your brain will make sure that you have details about Rick Grimes handy. On the other hand, if you had lost interest in Star Trek and didn’t watch it for a few years, you may have trouble remembering that Captain Kirk’s middle name is Tiberius and that he was an Admiral for awhile.

So back to phone numbers, I can’t remember phone numbers any more because I don’t need to. My brain no longer devotes neurons to remembering phone numbers. Why should it when that information can be conjured up on my phone’s screen in moments. I think that it is a good trade off. There are much better ways that I can utilize my mental resources. This way I have more capacity available to learn more awesome stuff. The problem is that a lot of us don’t invest that extra capacity wisely. Instead, we devote it to entertaining ourselves.

A World full of Technology

We live in a world where new technology spawns like a gremlin dunked in the ocean. We have gadgets that can do just about anything although sometimes it feels like some of them have been fed after midnight. Life has become so much easier. Google search alone has almost entirely replaced the need to remember anything. We have automated everything from paying our bills to scheduling our daily lives. Artificial Intelligence is being injected into everything. If it requires a little work or thought, I promise that there is some enterprising entrepreneur working on a solution. We are in the process of replacing the human work force with machines at an exponential rate.

We have self driving vehicles, AI automated investing and drones that can deliver packages to your doorstep. If you are fortunate enough to have a job, it is very possible to spend your days following orders at work and your nights being entertained by television without ever personally contributing anything to the world. I don’t mean to get all philosophical but eventually I can’t help but wonder what the point is. Are we really meant to live out our lives just trying to stay as comfortable as we can until we eventually die? I refuse to believe that life is meant to be treated a like a frickin hospice plan.

Don’t automate your life! Do things for yourself. Don’t let your mind atrophy. Learn as much as you can. Spend your life creating the things that you love and share them with the world. We very well may be on the highway to hell that leads to some kind of cyborg society where computers and human minds meld into one. But we aren’t there yet. I personally believe that technology will only make life better. But even if I’m wrong, it certainly isn’t going away. So use it, but don’t allow technology to replace your purpose in this world, instead use it to improve.