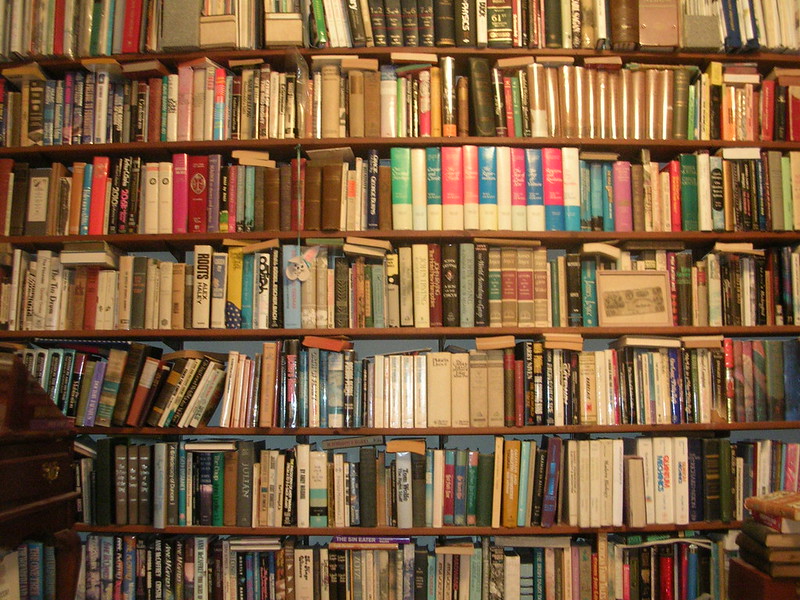 Reading books is a huge part of my world. I am constantly reading and/or listening to several of them at a time. What I like about books is that with a book, an author has enough space to breath. They can go in depth on a subject. We expect them to. This is true for fiction and non fiction. I believe that sitting down with a good book is great way to exercise the brain. I encourage everyone else in the house to do the same. This has turned into a bigger ask than I expected.

As a kid, I spent quite a lot of time reading. I think it made a huge difference in my life. Getting my kids to read has been hit and miss. This is the where we talk about kids wanting instant gratification, having shortened attention spans or how the internet is dumbing down the intelligence of our children. These are basically the same arguments that the adults of my childhood made about television. They all may be true, but to me it doesn’t matter. Long form reading is beneficial for anyone who does it, regardless of how much screen time they get. So how do I get my kids to read more?

My parents did it by cutting out the competition. They simply sold the television. We made frequent trips to the library and I was encouraged to read as much as I wanted. I spent my days either at school or playing with the neighborhood kids. My evenings were spent reading or bored. We did actually own a computer but that was the domain of my father. This was basically pre-internet times. Networking, while possible, was an expensive long distance phone call. Even if we had been able to afford it, there wasn’t a lot of compelling content for kids. There were computer games to play, but due to financial and time constraints, the computer was mostly a novelty for me.

I could do something similar. I could limit time on a computer and hope that pure boredom led to reading. I could turn off internet access to their devices after a certain time. Hell, I could just not allow them to have phones and computers in the first place. I choose not to do any of this because our kids live in a very different world than the one I grew up in. There are no neighborhood kids to go outside to play with. To be clear, there are plenty of kids in our neighborhood. They just don’t often spend time outside. I won’t bother with the merits of kids playing outside again. For now, I just have to accept that they typically don’t anymore, especially at my kid’s age, thirteen. Their social lives exist almost entirely online.

When it comes to entertainment, books can’t compete with video games, YouTube, and the myriad of Social Networks that offer an instant payoff. You can preach about how books improve your intelligence, empathy and ability to communicate as much as you want. Most kids will still prefer a TikTok video. The problem with books is that you have to invest in the characters. It is hard to make that kind of commitment when there are quicker ways of getting a dopamine fix. Of course, I believe that once a person gets sucked into a good book a couple of times, the benefit is obvious. Getting that process started is tough. So again, how do I get my kids to read more?

I have tried many things over the years with some success. When both of my boys were younger, my wife and I read to them. As they learned to read, we had them read to us. Eventually we extracted ourselves from the process and expected them to read on their own. For our older one this worked pretty good. Almost too good, we would get reports from his teachers that he was reading in class instead of paying attention to the lesson. I remember one of his English teachers telling me, “I can’t believe I’m saying this but your son needs to stop reading so much in class”. This approach didn’t work as well for the younger one. At one point, I went back to having him read to me. He did it reluctantly, not what I was hoping for. He is a smart kid, makes straight A’s in school and so you start questioning your convictions on reading. But no, I am convinced that reading is a good habit for anyone. A smart kid who doesn’t read is a smart kid that could be a genius if they did. So what should we do?

My wife had a good idea. She was invited to attend a book club with some friends. It occurred to her that we could have a family book club. She mentioned it to me and I loved the idea. Basically, we all read the same book and a few times a week we discuss what we’ve read up to that point. One of the problems with having my son read to me before was that things happen. One of us might have somewhere to be. Maybe, I had a rough day or he did. One of us simply might not feel like reading at the scheduled time. This way, you have until the next book club meeting to catch up. It is yet to be determined how successful this will be. We started a week ago and so far so good.

For any of you that likes this idea, here are some of the things that I’ve learned while trying to figure out how to do this. Unfortunately, it isn’t as simple as saying which book and what time to meet. Here are some of the challenges that we had to solve.

This was actually pretty easy. For now, we have the youngest choose the book. If he fails to choose an adequate book, we threaten to have me choose the book. Who knows what kind of nonsense I might pick? Once the book is chosen, everyone else has to agree. This is a fail safe for in case he gets cute and chooses a Magic Tree House book or something completely inappropriate. Eventually, we may alternate who chooses the book. The main goal is to get the kid reading.

Getting the book turned out to be the hardest part of this whole plan. There are many ways to get books. Many are free but most are not.

We had a decision to make. We want to read the books individually. Sharing a single physical or digital book would be a scheduling nightmare. The public library has books for free but the number of copies are limited even for digital books. We could buy multiple copies from a store. This would probably need to be an online store for anything other than a new release. All of those options are more expensive than just buying one digital copy. We can then use a family library for sharing. For these reasons, we decided to buy the first book from Apple. We will probably experiment with other ways at some point.

Eventually someone isn’t going to show up. Someone is going to show up without having read. It hasn’t happened yet. I expect that when this does happen, it will probably be for a good reason. Someone might be out of town. I travel for work so I may be the culprit. For now, my plan is to just skip that night unless it starts happening frequently. I would prefer that we not discuss the book without everyone there. However, as long as it isn’t the youngest missing, I think we could move on. We’ll see how it goes.

We have decided to read one chapter a night on weekdays, except for Friday. So, that is four nights a week. Those days are the ones that we all have the most consistent schedule. One or all of us are frequently gone or busy on the weekends.

One chapter a night is the most straight forward way of slicing up a book. Some chapters could get too long or too short depending on the book. So we will take it book by book.

I thought a long time about what kind of agenda might work best. We could create a list of standard questions to answer. What happened? What literary roles does each character fit in? What message is the author trying to convey? In the end, I decided not to have an agenda at all. I’m going to wing it. If I think an important issue or theme is being missed than I will bring it up. I feel like getting too formal will defeat the purpose which is to have a good time reading a good book with good people.